Week thirteen was pretty awesome if I may say so myself. We come in on Saturday in the afternoon. Walking in, we now feel like we’re the coolest people ever these days.
[Steve] and [David] are there and when [Steve] gets a chance, he breaks off to walk with us down the whiskey aisle. Trevor tells him he is looking for a peety scotch. I bring up Laphroaig. [Steve]’s like, “That’s the peatiest you’re going to get”. Trevor is sold. We get it.
We keep talking about whiskey for a while and we bring up Pappy and the Buffalo Trace Antique Collection. [Steve] says that he used to have a list of about 20 customers for bottles like that. Now he is down to five and we are on the top of that five. What a feeling, I’ll tell ya! We’re his number one customers! He talks and laughs about the head hunters that come in the shop looking for Pappy or William Larue Weller and willing to spend big bucks. He goes on to say that he’s not about that anymore. He was happy to bring the list down to five to show appreciation to the high customers. He confirms that we are to get whatever BTAC bottles he gets, if there are no doubles, and we’re set to get a bottle of Pappy Van Winkle 23 Year. 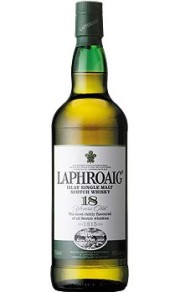 Trevor asks about the beer that he got last week from the back room. [Steve] goes to [David] at the counter and asks him if they have any of the certain bottles even actually available. [David] looks at us and says “Give them as many as they want.” Nice. “We’ll take three”, we say. [David] says he’s got a bottle of Pliny the Elder, an IPA that they only get one case of a month. Crazy rare. Trevor wants it. [Steve] heads to the back and picks us up the bottles.

“We can get you one bottle Pliny a month if you want,” [David] says. That sounded good to us. A rare beer here and there is always accepted for the Whiskey Goals boys. We buy the goods, shake the hands, and head out.

Till next time, check out our soon-to-come review of Laphroaig 18 Year (if not out already) in our Whiskey Reviews – Along The Way section.