I had to write this day of because it was so great! Week eleven was nuts! So Trevor and I show up to the liquor store on a Saturday afternoon around 3pm. It is packed, but we do see [David], the store manager, and [Steve] there. They are a little busy. [David] is at the register counter and [Steve] is helping a customer decide which scotch will go well with his “hard-to-get” Cuban cigars. They see us though as we walk in. Once they both get freed up they head over to us with big smiles. You can tell they’re excited to see us.

[Steve] asks, “So what are you feeling today? A bourbon, an Irish,…” We tell him we’re looking for a Scotch today. Trevor tells [Steve] that he was eyeing the Balvenie 21 Year. [Steve] says, “That’s an amazing Scotch but I think you’ll like this Glenmorangie Signet”. He tells us what went into it and just looking at it, we’re sold.

I ask [Steve] and [David] if they’ve got any small “side bottles” we could additionally purchase. As we’re talking to [David] about the Buffalo Trace Antique Collection, [Steve] goes to the back. He comes back a minute later with two Japanese bottle boxes. Yamazaki 12 Year and Hibiki 12 Year. Let’s just say, due to Jim Murray’s amazing review of Yamazaki 18 last year, any Yamazaki is pretty hard to find. “We’ll take ’em both” we say.

Once we get to the register, we talk a little bit about the Sazerac Rye we got last week. It was heavenly just in case you were wondering. Meanwhile we’re in the left register with [David] and [Steve] chatting it up, and the right register has a line of at least six people. [David] asks, “So what bottles do you guys want?” 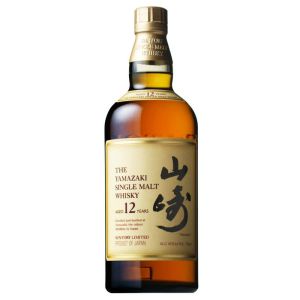 We tell him first that we want the Buffalo Trace Antique Collection, first priority of the five: Eagle Rare 17. He asks if we want any Pappy. We ask is there any competition for the Pappy collection. He starts listing off bottles that would compare. I stop him politely and say, “I mean, has anyone else called dibs on Pappy?”. He tells us bluntly, “Don’t worry about that. Do you want any?” I ask him which years does he have. He tells us that it doesn’t matter.

“We’ll take the 23 year”, I say as I look to my right. I make eye contact with a girl in the right line. She’s been listening to our conversation. Then it hits me, we just got offered Pappy Van Winkle 23 Year, no big deal. These bottles will sell for two grand online, and we’re getting the first shot at it. Holy cow!

We make sure they know that our main priority is Eagle Rare 17, then the Antique Collection, then any Pappy bottles. [David] says with him, this should all be possible. “Anything else you guys want?” we were asked. Trevor brought up the Sullivan’s Cove French Oak Cask. [Steve] said that he might be able to pick that up at an auction he is going to later in the month. 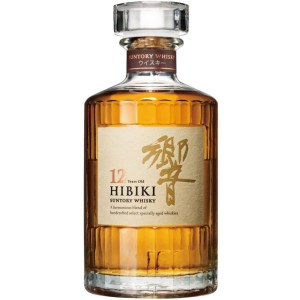 We were laughing it up and having a great time. We buy the three bottles and go on our merry way. What a day!

This was my favorite week yet. And the countdown to Eagle Rare 17 is getting smaller and smaller. We are having a great time along the way though. Speaking of which, feel free to check out our Whiskey Reviews – Along The Way page for whiskey reviews to come (if not out already) for Glenmorangie Signet, Yamazaki 12 Year and Hibiki 12 Year.