So before we go into what amazing things happened this week, and trust me, they were glorious, first I wanted to bring up the revelations that Trevor and I had the week of this visit.

Trevor and I realized we have an alcohol problem. Certainly not alcoholism (we don’t even drink more than a glass or two at a time, once or twice a week), but we seem to think about whiskey a lot. Trevor and I have adjacent cubicles at our job. We might just talk about whiskey more than work over that cubicle wall. So one day, over that very wall, I tell him that I’ve been really thinking about the Buffalo Trace Antique Collection.

Now here’s some background on the “BTAC”. For years, Buffalo Trace Distillery has been releasing a collection of five bottles. These bottles are as follows: 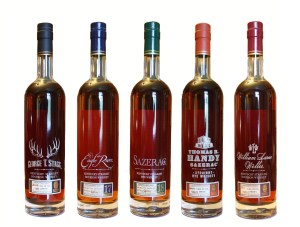 Even just typing them out feels like I’m listing gorgeous masterpieces of legendary artists. These are coveted bottles for those that know whiskey deeply. Sure, everyone who is familiar to a small extent of whiskey has heard of Pappy Van Winkle, and any rich doctor or lawyer can find a bottle of Pappy online for a chunk of money, but that type of improper cash thrower has probably never heard of the BTAC, because they’re weak and not willing to invest their overall resources to invest in a whiskey goal… but I digress.

These bottles are more than just bottles, these bottles give legitimacy, they give a humble yet boisterous status. They are top of the line. They come out in late September. And Trevor and I needed them.

Of course we requested Eagle Rare 17 already, one of the five, but why not throw out a secondary request to [Steve]?

So on Saturday, we walk into the store and [Steve] is there. The store is not too busy and he is excited to show us his new top shelf picks. Some good stuff. Again, this is not your average liquor store. These guys know what they’re doing in the whiskey aisle.

I find an opportunity to bring up our secondary request (and unbeknownst to [Steve], our Whiskey Goal #2). He is impressed. He told us that it is possible. He said that Thomas H. Handy Sazerac might be hard for him to get a hold of this year, but the rest shouldn’t be out of reach. We’re thrilled. 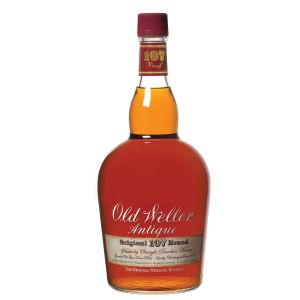 He tells us how the big bottle requests normally go down. He said when big bottles such as these go through, he first considers his highest customers’ pre-requested items. He then told us we are easily in his top 5 customers. (Epic!) Whoever requested certain bottles first gets first dibs. So then, if the bottles have not already been requested previously, he goes through his top customers one by one and asks them if they want the “big bottle”. These “big bottles” are the coveted “Know a Guy” bottles we’ve been alluding to since day one, by the way. Then if no one wants the bottle as he contacts each top customer, they’ll hold on to the bottle until someone does want it, unless they want to buy it themselves.

He didn’t tell us that anyone called dibs on any member of Antique Collection and he said he could probably get a few bottles for us besides the Eagle Rare 17 (which let’s just say is almost guaranteed “locked-in” at this point), so our hopes are at all time high. 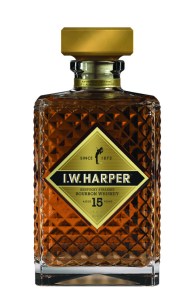 He also leans in, says he’s got a bottle of Old Forester Birthday Bourbon coming in soon and he’s definitely willing to let us purchase it. This is a “Know a Guy” whiskey as well. Released once a year as a special edition. We tell him we’d be happy to buy it.

Then we pick out a few bottles. They were all in the $50-80 range so we got three. First up, Old Weller Antique, a somewhat rare bottle that he grabbed from the back. Then I.W. Harper 15 Year was on the top shelf. Snagged ourselves one of those. Then purchase number three was RedBreast 12 Year Cask Strength because Redbreast 21 Year Single Pot Still was simply phenomenal.

As we’re at the register [Steve] says, “We should hang out sometime”. We’re keeping in our excitement in, and we’re keeping it cool as we say, “Yeah man, send us a text, we’ll totally chill”.

Then to finish strong he puts out his hand to us, directly calling us both by name with each handshake and sends us on our way. 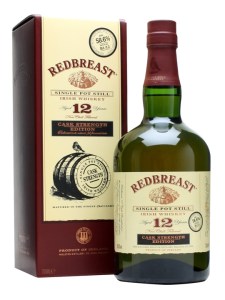 Let’s review for a moment:

Probably my favorite week ever. Tons of concrete progress and hope in our whiskey hearts. Please check out our upcoming (if not out already) reviews of Old Weller Antique, I.W. Harper 15 Year and Redbreast 12 Year Cask Strength in our Whiskey Reviews – Along the Way section.