By July 10th, we were still pumped up about the week before. We achieved “Back Room” status and even got the “lean-in” inside information. We were stoked to watch more progress unfold before our eyes.

Just like the week before, we actually called ahead to see if [Steve] was working at the liquor store that day. Friday seemed to be pretty standard for his schedule. We walked in together and hung around their enormous whiskey aisle.

Now something to realize about this liquor store is that it is obviously independently owned, which is a great thing. One, that keeps it from some franchise’s grips and standards of lameness, and two, it’s nice to support something that someone started and nurtured themselves. Two years ago, this store wasn’t even close to the selection it has today, but they worked their way up and worked hard to deliver a product that they cared about. You’re not going to find that in any chain liquor stores, or even the mega liquor stores for that matter.

So we kept our eye on [Steve] and waited until he saw us again. We asked him about any new selection. The bad news was he didn’t have anything new, but the good news was, their “Top Shelf” selection was better than anything I’ve ever seen. So he pointed out a few Japanese whiskeys and their prices matched our range for “financial support” of their establishment. After talking a little more, we decided on Nikka Pure Malt 17 Year Whiskey. Trevor and I have both had Japanese Whiskey plenty of times before but nothing of this caliber. We spent about $130 and shook his hand again.

Maybe not the most epic visit, but our goal was filled to lay down a sum for at least a “Top Shelf” bottle and we were continuing to establish our presence there. I think it was quite the success. 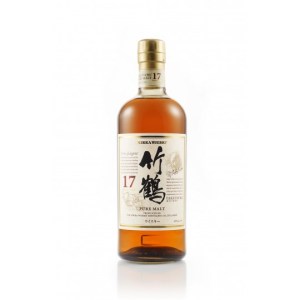 Until next time, we are hoping to put out (if not out already) our review of Nikka Pure Malt 17 Year. Check it out on our “Whiskey Reviews – Along the Way” section soon.