My good friend Trevor and myself (Cole) love whiskey. And we’re not talking about your average liquor store whiskey. So much so, that about a year ago, we started to compile a list of all the whiskeys we have ever tried. The more we added to the list, the harder it was to find new whiskeys. So we started traveling all over our state for wider options and more selection.

It wasn’t until list entry #39 where we were changed for the best. A local steak and chophouse sold Eagle Rare 17 for $25 a glass. Let me just say three things about this bourbon:

So the dream began: To get our hands on a bottle of this Eagle Rare 17 as soon as possible. 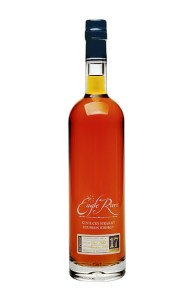 Here’s a good piece of advice. Don’t ask a liquor store for Eagle Rare 17. If they don’t laugh at you in front of you, they’re going to laugh at you behind your back. First of all, you don’t just buy bottles like this. We sadly learned this the hard way in our earlier days. There are 5 kinds of whiskeys:

And certainly, bottles like this fit in the latter group. So theoretically, the only way we’re really going to achieve our dream is to develop a great friendship and customer relationship with a (well-established-in-whiskeys) liquor store owner/stocker and, in essence, “know a guy”. But that takes a steady purchase string and solid rapport with said person, and that takes a lot of money.

But what do you do when you’re two mid-twenties friends that each make just enough to take care of half that spending amount? It became clear to us when our friend Robyn led us in the right direction. She told us it was possible with the right amount of cleverness. Instead of each one of us trying to build that relationship with a liquor store, use teamwork to make the dream work. So the wheels started to turn and the goal was formed. With these guidelines we set our plans:

And so the journey begins.